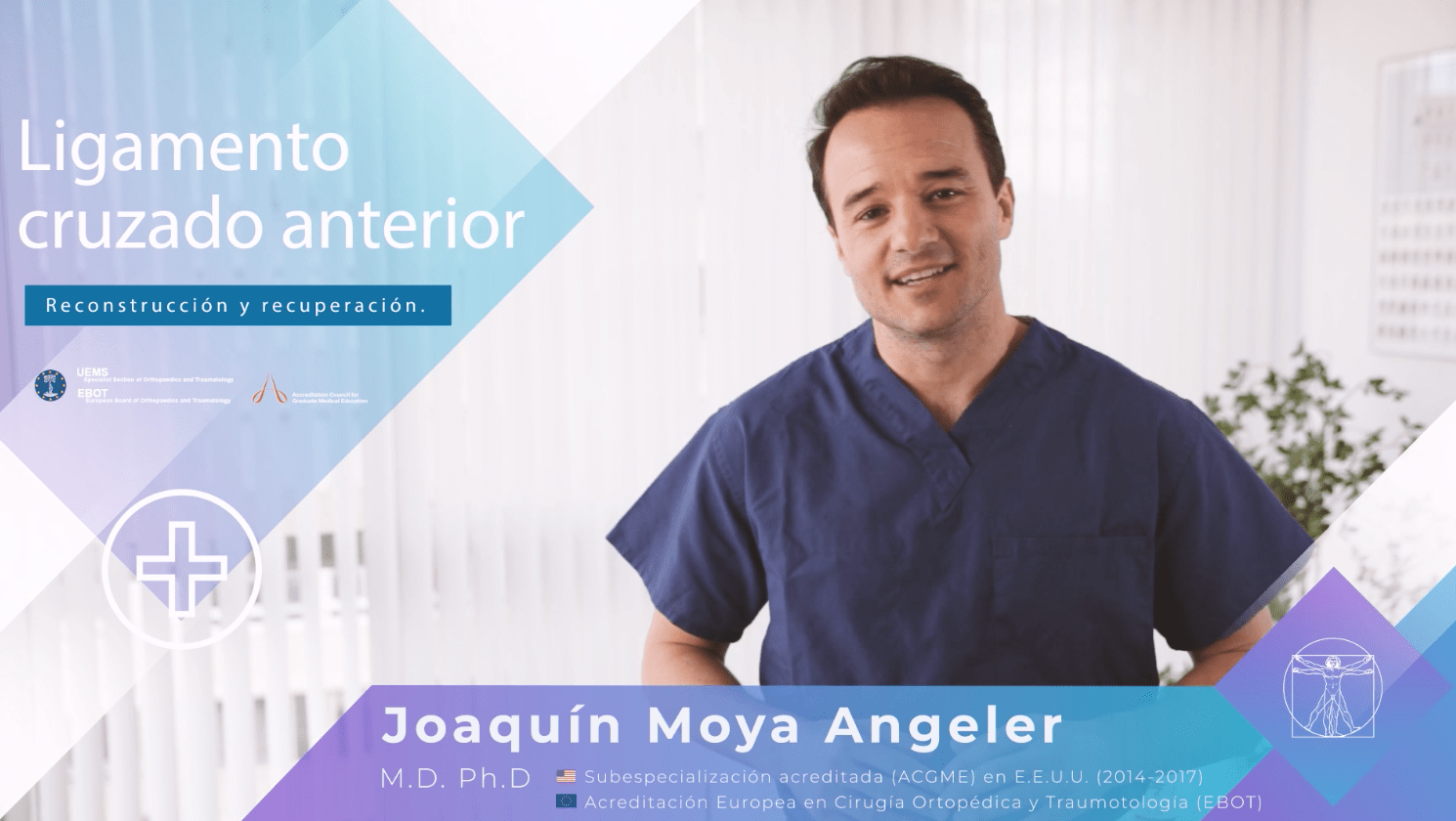 Posted at 10:48h in blog by drmoyaangeler

In this video we ́ll talk about anterior cruciate ligament knee reconstruction surgery: indication, procedure, graft options and recovery expectations after the operation.

Hi, I’m Joaquin Moya Angeler
Specialist in sports medicine and orthopedic surgery, and today we are going to talk about the anterior cruciate ligament reconstruction surgery of the knee.
In previous editions we talked about the function, injury and diagnosis of the ACL. This time we will talk about reconstruction surgery, as well as expectations of recovery after the intervention.

To do this, first of all, it is important to understand that the indication to reconstruct the ligament is especially in those active patients and athletes who have knee instability and want to return to the level of physical activity prior to ligament injury.
The risk of not operating is having an unstable knee that can cause symptoms of recurrent giving way episodes, recurrent swelling and the possibility of causing secondary injuries in other knee structures such as the articular cartilage or the meniscus.

Remember that this intervention is performed on an outpatient basis, usually with spinal anesthesia, that is, from the waist down and usually lasts between 60 and 90 minutes.
When we do the operation, we do it assisted by arthroscopy.
Arthroscopy is a technique that allows us to reconstruct the ligament through small incisions with the help of a vision or optics system and other instruments. For this, basically we perform bone tunnels in the tibia and the femur through which we pass the new ligament so that it stays in the same position as the normal ligament and we fix it with some systems so that it stays well tense.
And where do we get that new ligament?
Well, the ideal scenario is to get it from the same knee of the patient, either from the patellar tendon or the hamstrings tendons,

After the operation, the patient can usually bear weight with the help of crutches and progress according to tolerance.
Although the first days it is advisable to be at rest and ice it.

It is important to understand that the rehabilitation period after the anterior cruciate ligament reconstruction surgery is long, given that the ligament must be given time to integrate and accommodate in the new tunnels.

In future editions we will talk about the rehabilitation phases after ACL surgery, but it is important to note that most clinical guidelines, both European and American, do not recommend the return to high-level sports before 6 months after the operation.